You are here: Home / Blog / Uncategorized / Why You Should Hire A Licensed Contractor 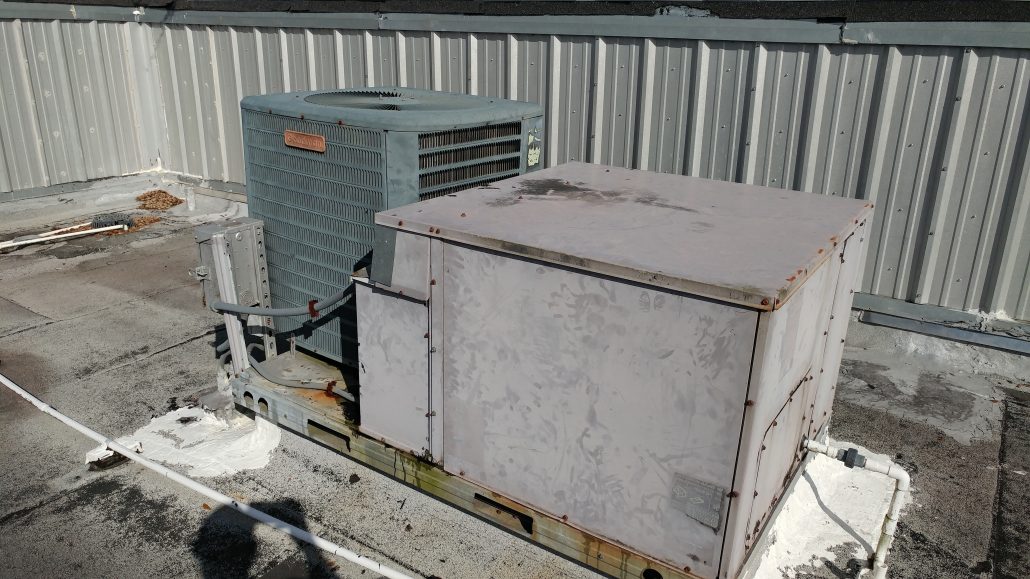 Hiring Licensed Contractors – the general reason for hiring an unlicensed contractor to do work is because they are generally cheaper than licensed contractors. This is why we say Hiring Licensed Contractors is the way to go. The unlicensed contractors don’t pay licensing fees, pay bonds to protect their work and generally don’t have liability or worker’s compensation insurance. The cheapest option may end up costing tons of dollars in the long run. Take a look at the pic above. I took this picture when I went to scope out a AC Replacement estimate. The previous owners hire a contractor who was not licensed and in turn performed one of the most horrible repairs I have ever seen.

What you are looking at is a roof top package unit. The compressor went bad. What this tech did was cut out the condensing side of the unit and placed a split system condenser in its place. This worked for a short time. Now that the new owners have moved in they are stuck with having to install a new system and redesign the roof curb application.

Broward County  holds you responsible for hiring an unlicensed contractor, you run the risk of being involved in legal action. This legal action may involve lawsuits from various parties due to the unauthorized construction work, thus incurring further cost. The hiring of an unlicensed contractor violates Florida Building Code requirements. This may subject you to fines and the possibility of facing a quasi-judicial hearing in front of a Hearing Officer.

Hiring a licensed contractor also gives you a piece of mind in you investment. This is in combination with pulling a permit. Once a permit has been obtained the city that you live in will send an inspector to come and verify that the installation was done to code. Ill talk about about this in my next post. I know your probably thinking why you should do this. Look for my next post.

How much should you spend on a new ac system?
Scroll to top